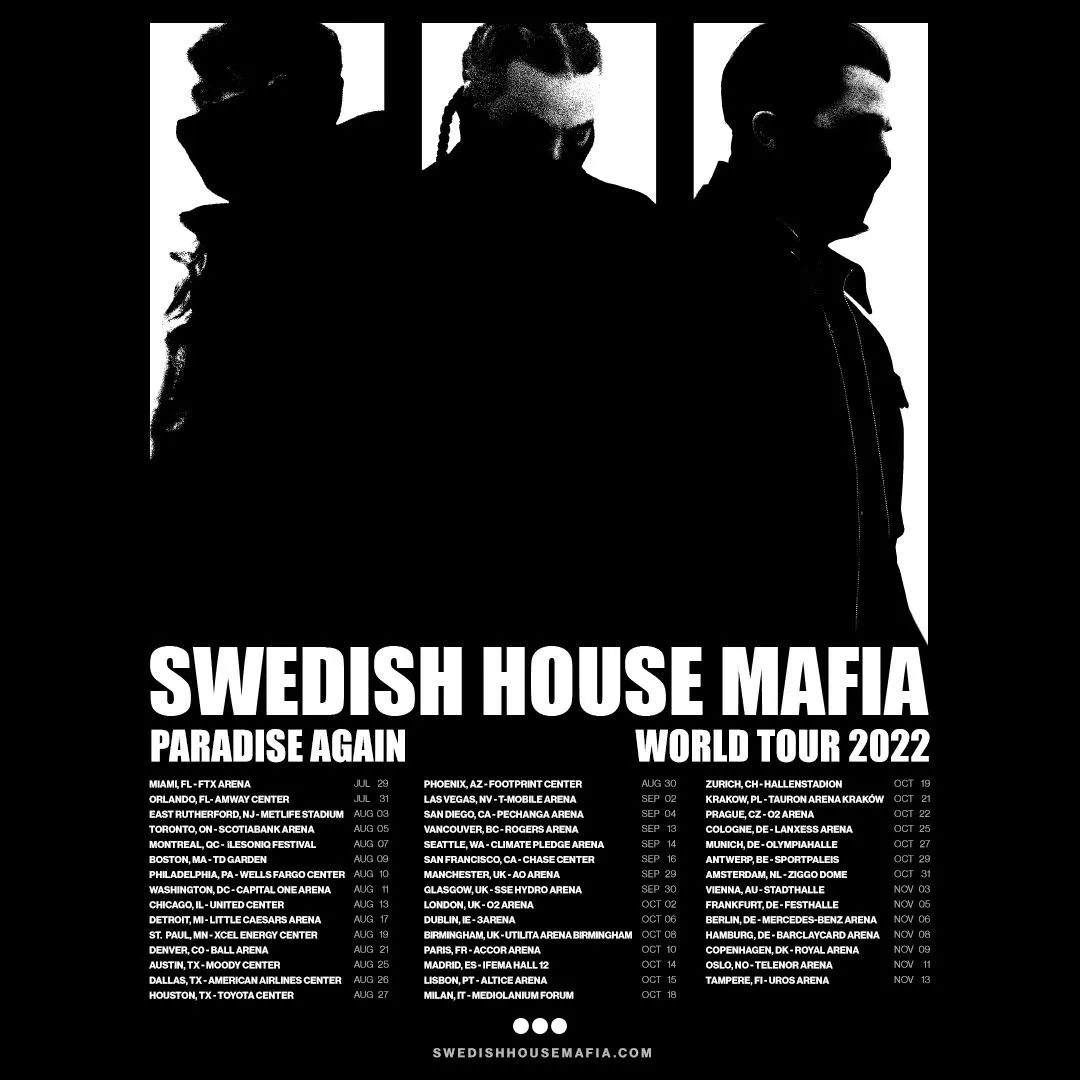 The 2022 Ibiza just got even bigger. None other than Swedish House Mafia have confirmed they will perform just one (that’s right, one) show on the White Isle this Summer. The coveted performance will happen at Ushuaïa Ibiza on Sunday, July 17.

This show comes before the supergroups Paradise Again World Tour officially kicks off in Miami on July 29. As of now, they have over 40 individual headlining shows announced taking them all over North America and Europe until the conclusion in November.

Following this string of shows the trio are likely to take on major festival gigs as they recently did at Coachella 2022. There is already speculation that the group is performing at Ultra Music Festival 2023.

Click here to purchase tickets for Swedish House Mafia at Ushuaïa Ibiza, and scroll down to see their full list of tour dates.

The post Swedish House Mafia Will Perform One Exclusive Show In Ibiza This Summer appeared first on EDM Maniac.

By: Harry Levin
Title: Swedish House Mafia Will Perform One Exclusive Show In Ibiza This Summer
Sourced From: edmmaniac.com/swedish-house-mafia-will-perform-one-exclusive-show-in-ibiza-this-summer/
Published Date: Mon, 09 May 2022 16:29:22 +0000

Did you miss our previous article…
https://bonking.com/listen-nazaar-unleashes-cathartic-heavy-hitting-new-visns-ep/